Randomness in the simulator

As described in the Field Guide, a single-qubit state can be represented as

Probability the qubit is in the state

The probability that the qubit is in the state is represented by the blue disk fill.

The quantum phase of the qubit state is given by the line that extends from the center of the diagram to the edge of the gray disk (which rotates counterclockwise around the center point). 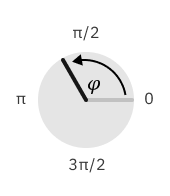 Two examples of the phase disk visualization. The first example is a state and the second shows the state with a nonzero relative phase.

Connection to the Bloch sphere

where is the probability that the qubits are in the state with quantum phase with respect to the state. is the probability that the qubits are not in the ground state . Here it is simple to see that for an N-qubit quantum state there are probabilities and phases. The phase disk fails to represent this state, as N-qubit phase disks would only contain probabilities and phases; this is because most states are entangled and are not separable into independent single-qubit quantum states. To represent that full information is not contained in this visualization, we introduce the reduced purity as a component in the phase disk.

Reduced purity of the qubit state

This view visualizes the probabilities of the quantum state as a bar graph. The horizontal axis labels the computational basis states. The vertical axis measures the probabilities in terms of percentages. In this view the quantum phases are not represented, and is therefore an incomplete representation. However, it is useful for predicting the outcomes if each qubit is measured and the value stored in its own classical bit.

Consider the following quantum circuit and its probabilities view:

A circuit consisting of a column of Hadamards that creates an equal superposition of the computational basis states, followed by a two-qubit controlled-Z (CZ) gate. 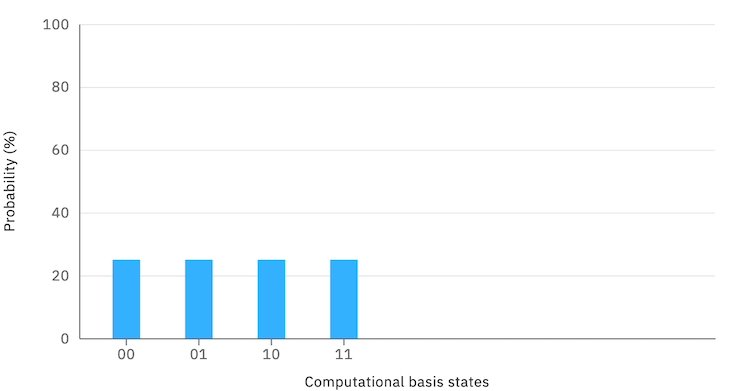 A quantum circuit and its probabilities view.

The q-sphere represents the state of a system of one or more qubits by associating each computational basis state with a point on the surface of a sphere. A node is visible at each point. Each node’s radius is proportional to the probability () of its basis state, whereas the node color indicates the quantum phase ().

Consider the following quantum circuit and its q-sphere: 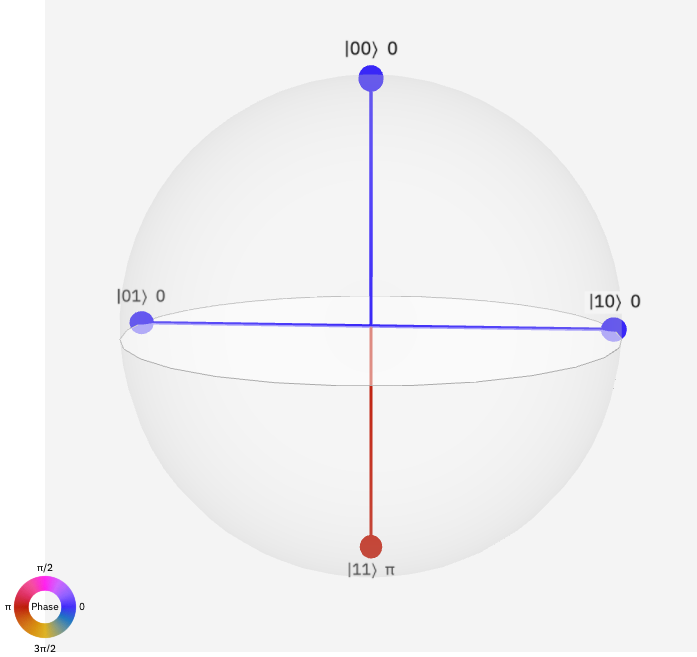 A quantum circuit and the q-sphere representing the state the circuit creates.

You can select, hold, and drag to rotate the q-sphere. To return the q-sphere to its default orientation, select the rewind-arrow button to the top right of the q-sphere.

What is the difference between a Bloch sphere and a q-sphere?

It is important to highlight that the q-sphere is not the same as the Bloch sphere, even for a single qubit. Indeed, like the phase disk, the Bloch sphere gives a local view of the quantum state, where each qubit is viewed on its own. When trying to understand how registers of qubits (multi-qubit states) behave upon the application of quantum circuits, it is more insightful to take a global view and look at the quantum state in its entirety. The q-sphere provides a visual representation of the quantum state, and thus this global viewpoint. Therefore, when exploring quantum applications and algorithms on small numbers of qubits, the q-sphere should be the primary visualization method.

Consider the following quantum circuit and its statevector view: 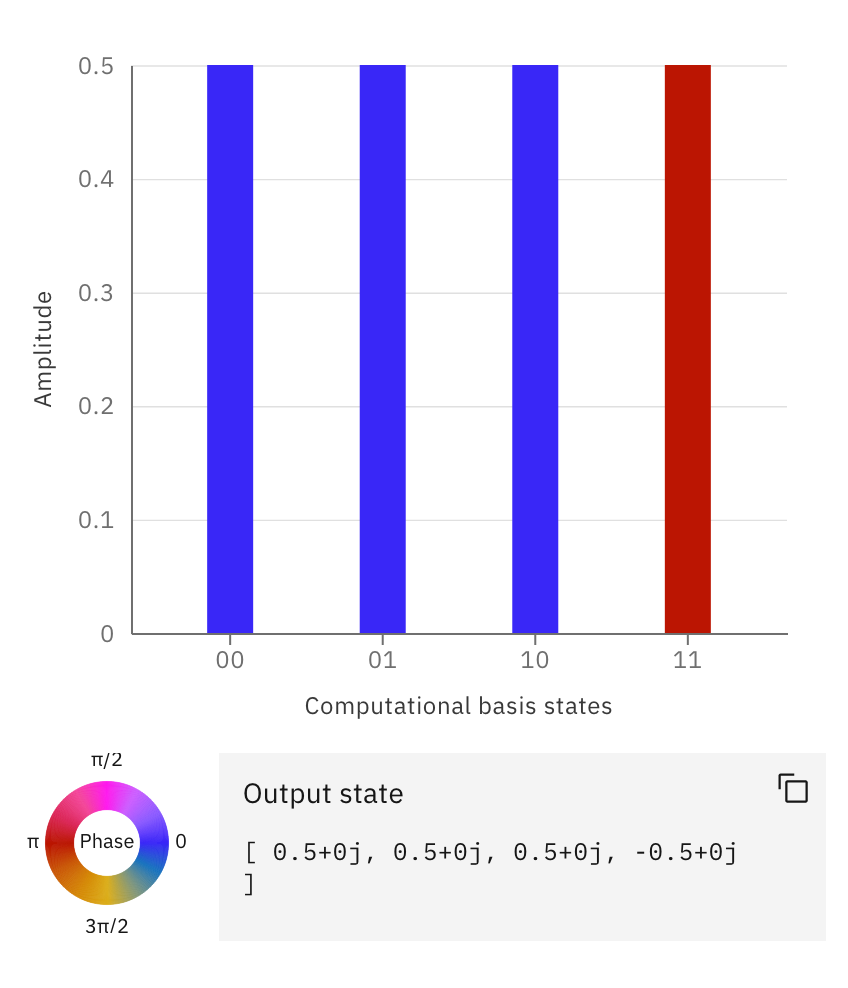 The statevector at the terminus of the above circuit. The color wheel maps phase angle to color. The output state is expressed as a list of complex numbers.

The circuit puts the two qubits into the state . The computational basis states are , , , and . The magnitudes of the amplitudes are , and the quantum phases with respect to the ground state are for and , and for .